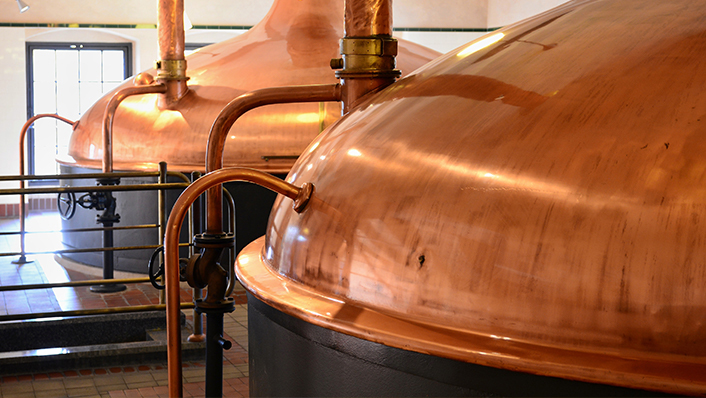 One major source of solid waste in brewing is filtration, which removes particles to prepare beer for packaging.

Beer filters often use diatomaceous earth, a soft, powdery, sedimentary rock consisting of the fossilized exoskeletons of single-celled marine organisms. Spent diatomaceous earth makes up a substantial proportion of breweries’ solid waste. Even though researchers have experimented with ways to upcycle it, most still ends up in a landfill.

Then there’s the water use: an estimated 3.6 liters of water are consumed per liter of beer produced, and cleaning brewery equipment accounts for about 15% of that.

How can brewers reduce filtration waste and brew more sustainably?

When it comes to new approaches to filtration, brewers have some options. They can phase in membrane filters—either ceramic or polymeric—to eliminate diatomaceous earth usage. But these require new hardware, and the approach might increase the water consumed during cleaning. Centrifuging beer before filtration can also reduce solid waste, but a centrifuge is an expensive investment with high operating and maintenance costs that few breweries can afford.

One approach that brewers may not have considered is improving on products they already use. GRACE® technical support team worked with a partner brewery to improve filtration efficiency by simply phasing in a more advanced stabilization agent.

By applying a novel, high-permeability silica grade, the brewery more than doubled its filtration throughput. This allowed the business to cut its use of diatomaceous earth by over 60%, from 117 to 45 grams per hectoliter, without making process changes or any major capital investments—and, most importantly, without compromising quality. The improved filtration cycles also helped reduce the water needed for CIP (cleaning in place).

Through superior protein adsorption and filtration efficiency, Grace helped the brewer to produce more beer with less waste. We’ll drink to that!

Using Grace’s improved stabilizing agent, the brewery reduced its diatomaceous earth use by 61%.