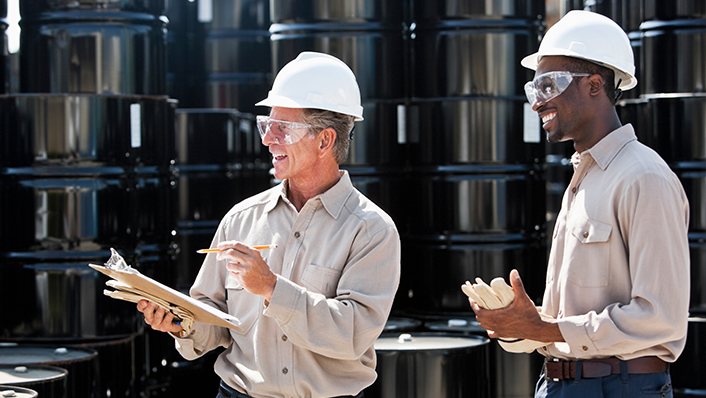 One step in that process is fluid catalytic cracking (FCC), which uses a catalyst to break down high-molecular-weight hydrocarbons into smaller parts. But the catalytic process isn’t perfect: even after FCC, some high-molecular-weight hydrocarbons usually remain and form a by-product known as slurry, which is often blended into the heaviest fuels in the refinery. W. R. Grace & Co. is innovating FCC catalysts to increase upgrading efficiency and reduce slurry even further.

Typical FCC catalysts contain Y zeolites—minerals consisting of a network of silica and aluminum atoms arranged around sieve-like pores less than a nanometer across in diameter. Hydrocarbons diffuse through the pores to reach active catalytic sites. But in an FCC, the catalyst and the feed material are mixed for just seconds. The ability to get feed molecules to catalyst active sites is critical to maximize the cracking function and produce useful fuel.

Grace’s new generation of zeolite technology, Molecular Highway® technology, is structured to make it easier for feed molecules to contact catalytic sites. It contains an interconnected network of mesopores, about five times as large in diameter as the micropores in a traditional Y zeolite. These mesopores allow larger molecules to diffuse into the zeolite and access active sites more rapidly, letting more catalytic reactions take place in the brief time the feed and catalyst are mixed.

In a trial at a Shell refinery in 2018, Grace’s RIVE® Molecular Highway® Y-zeolite technology increased the yield of gasoline per barrel of crude oil by about 2% and decreased the amount of slurry versus the incumbent catalyst GRACE® catalyst achieved these ends despite having processed lower-quality feed, which is more difficult to upgrade. Additionally, Grace’s improvements were realized while using less catalyst than the incumbent catalyst.

Together, these improvements reduced the plant’s environmental impact and helped Shell get the most out of every barrel of crude oil processed.