A Matte That Lasts 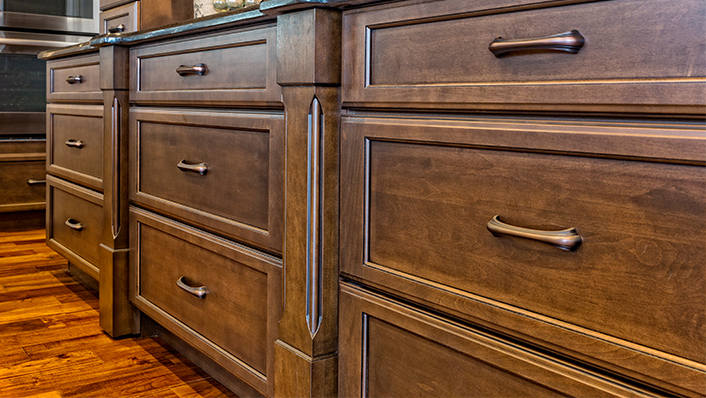 Have you ever placed a hot mug or cold glass on a wooden counter, realized your mistake, and snatched it up again—only to find that the damage had been done?

Everyday stressors can distort a good-looking finish on wood. Even matte surfaces can accumulate wear over time. But selecting the right finish can help maintain wood’s handsome appearance for years.

To make a flat, low-sheen surface, silica microparticles known as matting agents are added to a formula. As the finish dries, the silica particles are dispersed throughout the resultant film. That dispersal produces a microrough surface that creates a matte appearance by diffusely reflecting light.

But such a film is vulnerable to surface damage. Think of that coffee cup, placed by mistake without a coaster: because the resin and the microparticles embedded in it respond to heat differently, heating-cooling cycles can open tiny cracks between them. The now-empty spaces can scatter incident light and become visible as a haze in an otherwise clear finish.

Grace’s specially formulated matting agents prevent this problem by eliminating the cracks. GRACE® matting agents are made of silica with organic modifications, which interlock with the resin. The modification provides protection from numerous types of damage.

When water penetrates a matte film, it can become trapped in the porous silica and evaporate more slowly than from a glossy coating. This can also introduce microcracks between the silica and the resin that make the finish less transparent, even after the water is long gone. In a test comparing commercially available silica matting agents to Grace’s new organically modified agents, a team of chemists found that the new agents gave a lacquer finish with better water protection.

Beverages such as coffee, tea, and red wine can stain wood coatings when they’re spilled. Their chemical properties are different than water’s, and some water-resistant matted films can’t hold up against other liquids. But in tests of GRACE® silica, these beverages remain on the top of the film and are easily and completely wiped away.

Sometimes a little elbow grease isn’t a good thing. Mechanical wear on a film surface can result in an increase in gloss. GRACE® silica microparticles are less sensitive to burnishing; in testing, they preserved a matte texture through hundreds of abrasion cycles.

Contact us to learn more about using Grace’s organically treated silica matting agents to make a matte finish that lasts.