A breakthrough activation technology designed to enhance your plant and catalyst performance. 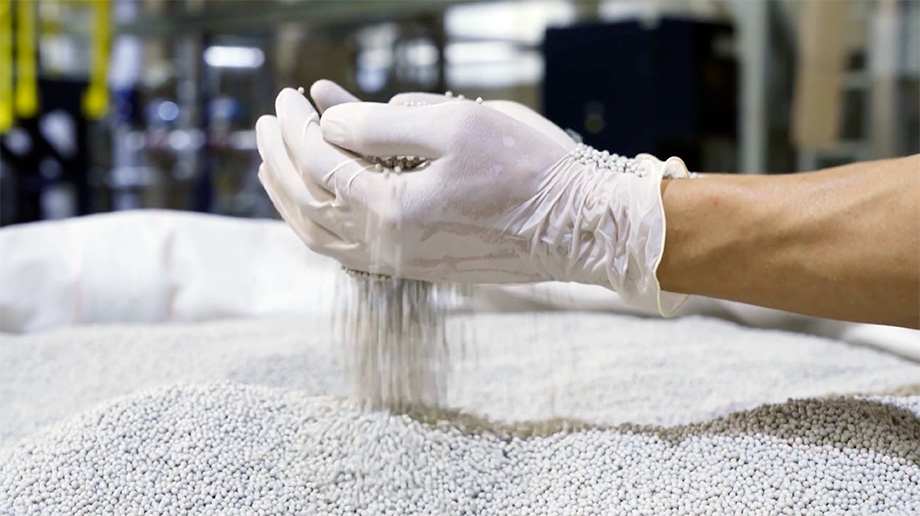 Today's markets are more demanding and dynamic than ever before. Your customers are seeking differentiation in their end products like stronger and lighter packaging, better opticals and organoleptics, and materials that are more environmentally friendly (e.g. lower VOCs in PP).

Applications - our areas of strength and versatility

ActivCat® catalysts technology has been proven at a commercial scale to produce PE-RT I pipe grade resins with excellent plant operability and consistent polymer performance.

In flexible food packaging, secondary benefits such as increased shelf life and minimized food waste add to the performance of this film. In agriculture, film benefits include enhanced crop yields by protecting against external weather ailments.

The tailored molecular weight distribution and short chain branching distribution of ActivCat® catalysts yield a superior balance of properties and processing in the creation of cast film. Whether used neat or blended with other polymers, ActivCat® catalyst metallocene polyethylene (mPE) maintains high performance across monolayer and multilayer cast film applications.

The monolayer and multilayer mLLDPE cast films are commonly used in high-performance stretch film application to help contain difficult loads during transportation and in diapers to deliver unparalleled hygiene protection and personal discretion.

The right catalyst for your process technology

Often, the integration of metallocenes into a reactor system can be challenging. From catalyst transitions to reactor continuity due to electrostatics to product performance, it requires the right catalyst tailored for your process and the right partner to help you guide your way through the integration.

Grace's ActivCat® catalysts are designed with these goals in mind, and our customer-centric focus makes for a solid partnership.  Commercially demonstrated to economically produce resins ranging from LLDPE films to higher density PE-RT resins, ActivCat® catalysts can broaden your mPE metallocene product slate.

The benefits of ActivCat® catalysts

Our ActivCat® catalyst family has been proven across multiple polymerization platforms where it has enabled the design of novel resins not possible with other traditional metallocene systems.

Whether you’re looking for a new resin to be able to meet your customer’s requirements and demands, or if you’re interested in improving your overall product performance, ActivCat® catalyst is there to meet your needs.

The benefits of ActivCat® Catalysts include:

Stay up to date on the latest news in Polyethylene