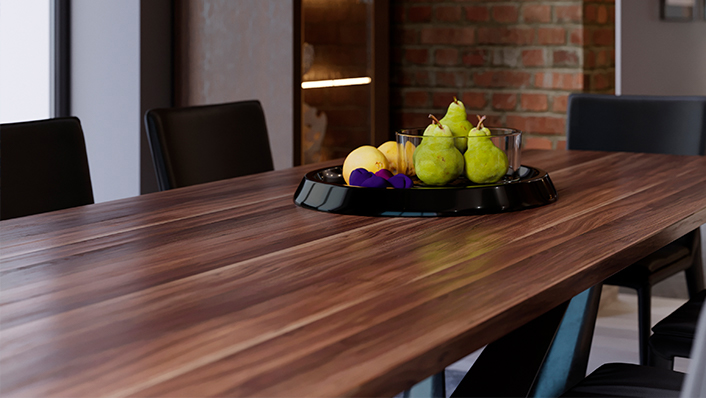 From manicures to consumer electronics, matte surfaces are trendy. Their popularity even extends to interior design, with low-gloss wood finishes gaining market share.

To create a matte finish, a surface has to reflect light diffusely. In paint, this is achieved by mixing microparticle matting agents into paint or varnish. As the coating dries, the particles remain dispersed throughout the film and create microscopic roughening of the surface. While too small to feel, this irregularity is significant enough to reflect light and give a wooden surface a natural rather than shiny finish.

As the coatings industry transitions away from organic solvents, industrial wood coatings are increasingly using water-based resins (acrylics and polyurethanes, for example). But these eco-friendly coatings have some drawbacks.

Some of these deficiencies can be traced to a weakness in the film at the organic-inorganic interface between the bulk resin and the silica matting agent. Films matted with silica are vulnerable to staining with liquids common in households—coffee, wine, vinegar, even water. Though films matted with organic matting agents or waxes can be more stain-resistant, they also tend to be more opaque, thus hiding the natural beauty of the wood substrate. Until now, manufacturers have had to compromise.

Chemists at Grace set out to meld the benefits of organic and silica matting agents, protecting wooden surfaces from mechanical stresses and chemical exposure while letting the natural grain shine through.

The blending approach provides the formulator with a tool to achieve their desired balance of properties.

The two formulations can also be mixed in any ratio to achieve a customer’s specific needs. “The blending approach provides the formulator with a tool to achieve their desired balance of properties,” Broadwater says.